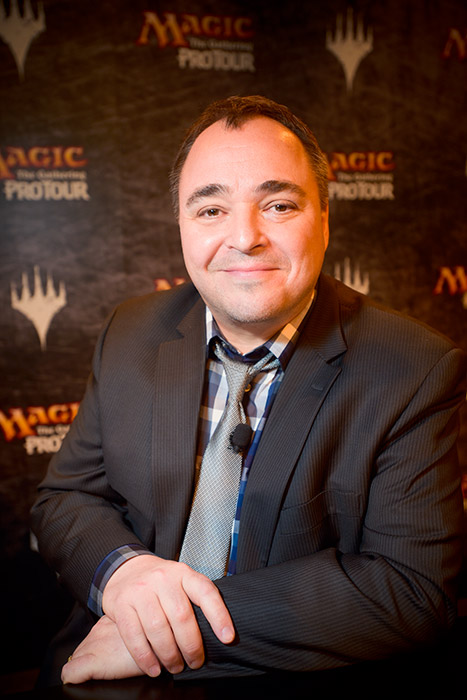 BDM give us a rare glimpse into the early days of Magic, when it exploded in popularity back in 1994 and 1995. BDM tells us about coverage today and also an interesting tale two Enter The Battlefield movies.

I caught up with BDM last year right before PAX 2016.

The next time you’re at a tournament and there are side events, you now know who to thank. BDM! 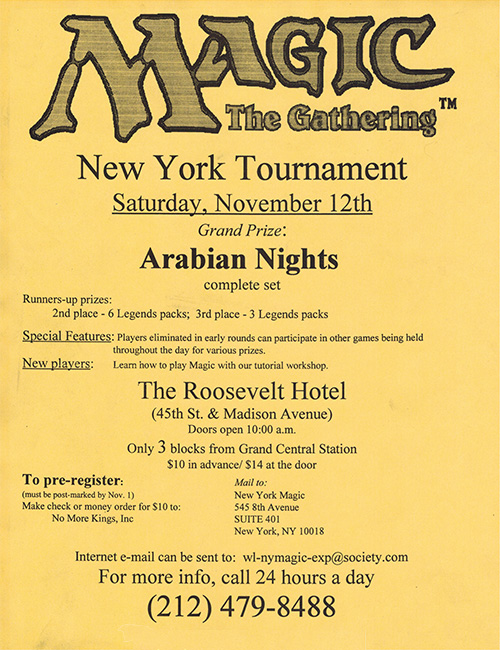 Check out this old flyer for a Magic tournament in NYC.

I hope you enjoy my wonderful conversation with the legendary Brian David-Marshall!

@meddlingmage hey Chris I've been wondering for a while, is this legit? Thanks! pic.twitter.com/uy0MsCD1FU

And Chris Pikula himself confirmed it!

We have the winner to our giveaway for a box of Modern Masters 2017.

And our winner is…! Drum roll please!

Congratulations William, you are our lucky winner. I’ll be reaching out to you soon to ship you that box of Modern Masters 2017.

Remember, our giveaway was brought to you by the awesome gamers at Paragon City Games.

With their generous support, I’m able to do a giveaway on the show.

A lot of my interview with Brian David-Marshall talked about the importance of having a space for the Magic community to play and gather in.

And that is why Paragon City Games cares so much about creating a nice space for their community.

They have a beautiful open showroom with plenty of space for weekly Magic events.

Thanks everyone for listening to this week’s show.

This was part 3 of my 4 part series with the legendary Magic coverage team.

If you heard my episode with Marshall Sutcliffe, we spoke about Marshall’s favorite marinara sauce.

When I sat down with BDM, he gave me the super secret recipe.

If you want to hear it, head on over to Patreon.com/KitchenTableMagic and become a supporter.

I want to thank all my Patreon Supporters: Brian, James, Markus, Alexander, and Trevor for your support.

There are not many high quality Magic podcasts that dive into the backstory of the community’s most prominent members.

If you appreciate me tracking down all these Magic A-listers for a lengthy interview, then you’ll certain appreciate supporting Kitchen Table Magic with $1, $3, or $6 a month at Patreon.com/KitchenTableMagic.

All my Patreon Supporters get access to extra audio content, behind the scenes show notes, and special gifts from my interviews.

I still have available 4 signed cards by Marshall Sutcliffe from our crack a pack.

Head over to Patreon.com/KitchenTableMagic today!