Donald has been in the gaming industry for decades as an avid chess and backgammon player. Donald cares about the quality of his products and one day decided that he needed to take matters into his own hands and make his own beautiful dice.

When he found the right factory in Germany, Donald’s creativity took off with a myriad of designs and color combinations. For over 25 years, Donald and Chessex has brought fun and quality to the gaming community.

I caught up with Donald during the summer of 2017. I hope you enjoy my conversation with Donald Reents, the founder of Chessex.

Music Credits (in order of appearance)

Everyone’s getting a very special gift from Donald Reents of Chessex. I’ll be sending out color test dice straight from the Chessex factory in Germany. These dice have unique color combinations and have never been in public, until now.

A big thank you to Donald who grabbed all these dice for my Patreon Supporters while visiting Europe.

Again, if you’d like to get these never before seen Chessex dice, become a supporter at the Gilder Bairn level or higher.

If you’re a new listener to the show: Welcome! and I hope you’ve had a chance to listen to the past interviews in Season 1 and 2. Season 3 is amazing with all of the guests that will be on the show.

Subscribe to the show on Apple Podcasts, Google Play, Soundcloud, Stitcher Radio, Hipsters of the Coast, and MTGcast.com.

This episode of Kitchen Table Magic is brought you by Card Kingdom:

Looking for that hard to find card for your Commander deck?

Wanting to keep up with the ever changing meta of Standard?

Saving up to buy those old school Legacy and Vintage staples?

CardKingdom.com is a great place for shop for Magic: The Gathering singles, sealed product, pre-constructed decks, and gaming accessories.

They have a huge selection of singles, from the latest sets, to an everflowing supply of Modern and Legacy staples.

And, if you’re new to Magic, you’ll love playing any of the 36 new preconstructed battle decks built by Card Kingdom.

You’ll get access to Card Kingdom’s Private Reserve, which are special deals for chase rares at significantly discounted prices.

Card Kingdom has so much to offer, so I hope you’ll check them out. 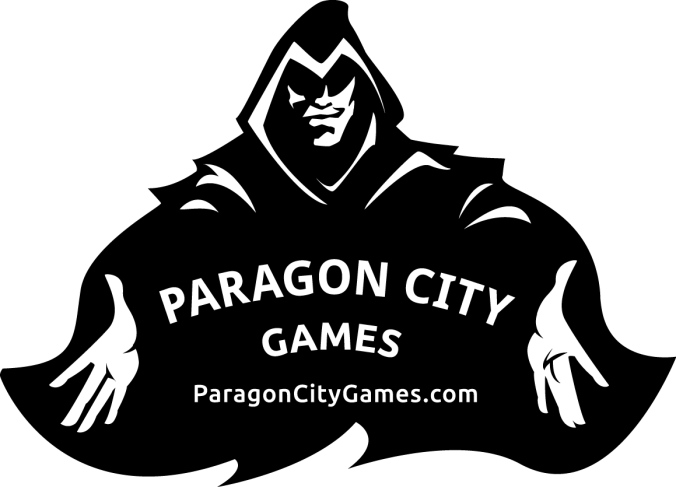 The Kitchen Table Magic podcast has been all about the origins of the game and members of the community.

And as a community, we’ve come a long way since the game first started.

Apart from the Kitchen Table, the only other places in your local community to play Magic are at local game stores.

That’s why places like Paragon City Games is so important for our community.

At Paragon City Games, you’ll find a spacious and clean showroom with lots of elbow room for Magic events.

And if you can’t make it there in person, be sure to watch their weekly stream at Twitch.tv/ParagonCityGames.